What is Web3 and why you should care 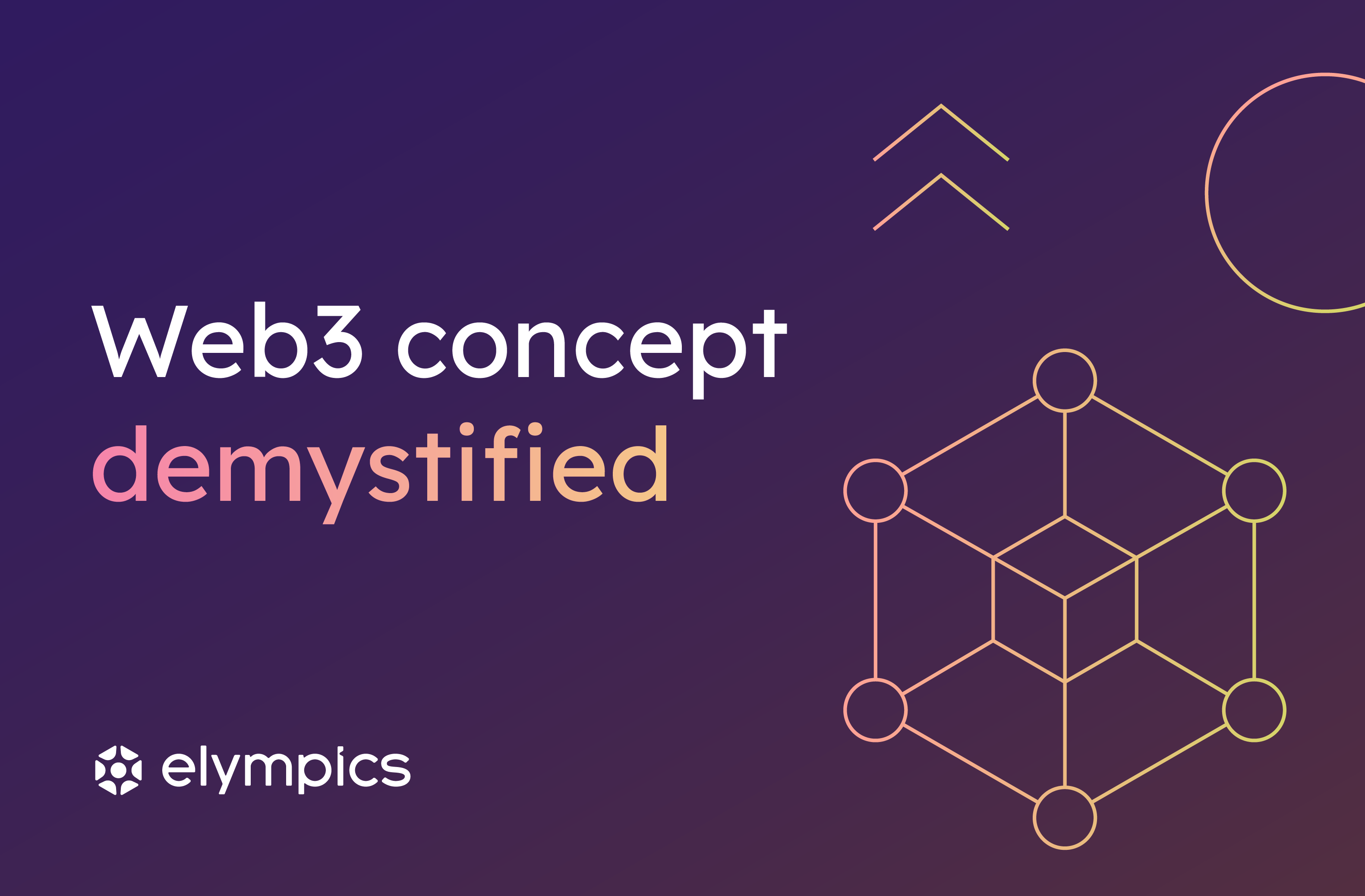 Web3 is everywhere from niche tech magazines to mainstream media. What is Web3 and what benefits does it bring to web users? How is it different from today’s internet known as Web2? let's dive deep to find out!

Since its emergence in 1989, the internet has evolved over the years. The first websites offered a different experience than today’s colourful, interactive pages because they served diverse purposes. That’s why we’re talking about different phases of the internet known as Web1, Web2 and Web3.

First, the world has experienced Web1 which delivered a static user experience: websites meant for reading only without the ability to interact with them. This way, working with a web developer was the only way to upload one’s content online.

Then, Web2 allowed ordinary users to create and post content on their own thanks to dynamic websites. These are the ones that allow interaction: adding content, commenting on posts, uploading photos, moderating forums, etc. Social media are a great example of this category. That’s exactly the internet we know today.

However, the Web2 evolution has also brought centralization. On the one hand, we can post whatever we want on Instagram or TikTok, but on the other, the content we create belongs to the corporations behind them. Even our company websites are dependent on their hosting service providers.

Here comes the next phase of the internet. What is Web3? The term was coined by Gavin Wood, founder of Polkadot and co-creator of Ethereum. He imagined a global network whose users would be independent from social media corporations and would own their online data thanks to the blockchain technology. Wood wanted to bring the power back from corporations to the web users.

So where are we now? We’re still in Web2, but the blockchain community is working on making the Web3 concept come true by building DeFi, gaming or social apps on Ethereum and other popular blockchains. The space is growing day by day and its adoption curve looks much like the one of the internet.

Although Gavin Wood coined the term Web3, the concept is still evolving as the blockchain community has diverse ideas on how to implement the technology for everyday use. That’s why Web3 meaning varies from person to person, and you should mind that your interlocutors may have different things in mind when you discuss it.

It’s easier to understand the Web3 meaning by comparing it to Web2. The current phase of the internet started in the late 1990s with the shift towards more interactive websites. With Web2, users started interacting with websites through blogs, forums, and social media. These tools changed the way we use the web from static to dynamic. Read-only websites changed into editable pages and applications where each user was able to add their own content. The new generation of the world wide web was less about observation and more about participation.

In the mid-2000s, most websites switched to Web2 by adding interactive components to their structures, and big companies started building social networks and cloud-based services that we commonly use today.

Web3 aims to make the web more open and decentralized, i.e. independent from the jurisdiction of big-tech companies such as Microsoft or Google. Nowadays, users rely on providers of mobile networks and services to access their data and information. Blockchain technology has the power to change it as decentralization ensures that people control their online information (there’s no central party owning it) and that their private data is well secured. Cryptocurrencies are a great example of it: crypto wallets are not pegged to a specific surname, and transactions don’t require a centralized third-party like banks.

What’s the connection between Web3 and blockchain technology? Thanks to the latter, users have a choice between websites over which central authorities have full power and sites and applications hosted on decentralized networks. Although Web2 allows us to post and comment on others’ content, admins and moderators can always delete our input or block our accounts. That keeps each user under the control of the authorities.

In the Web3 ecosystem, sites are independent of supremacy, making each user a so-called admin and free creator. Each person having a private crypto wallet such as Metamask or Trust Wallet can get access to innovative products such as DeFi (decentralized finance), blockchain games, NFT marketplaces (OpenSea, Binance, Nifty Gateway), and many more.

Most of these Web3 products are built on the Ethereum blockchain. Created in 2015, it now supports over 3,000 dApps and 560 protocols, which makes it the most liked and most frequently chosen blockchain in Web3. BNB Smart Chain and TRON also represent a significant amount, but Ethereum is responsible for over 60% of the total value locked on all chains in Web3.

The future of Web3

The accomplishments and developments in Web3 have already proved how successful a new evolution of the internet could be. The prominent advantages of Web3 and blockchain are the assurance of decentralization, information privacy, adding value to online content, and control over digital identities.

However, every new technology needs time to adapt and Web3 is no different. We’re in the early days of Web3 development so more time is needed, but the decentralized future is just around the corner.