What are play-to-earn games and what drives their adoption 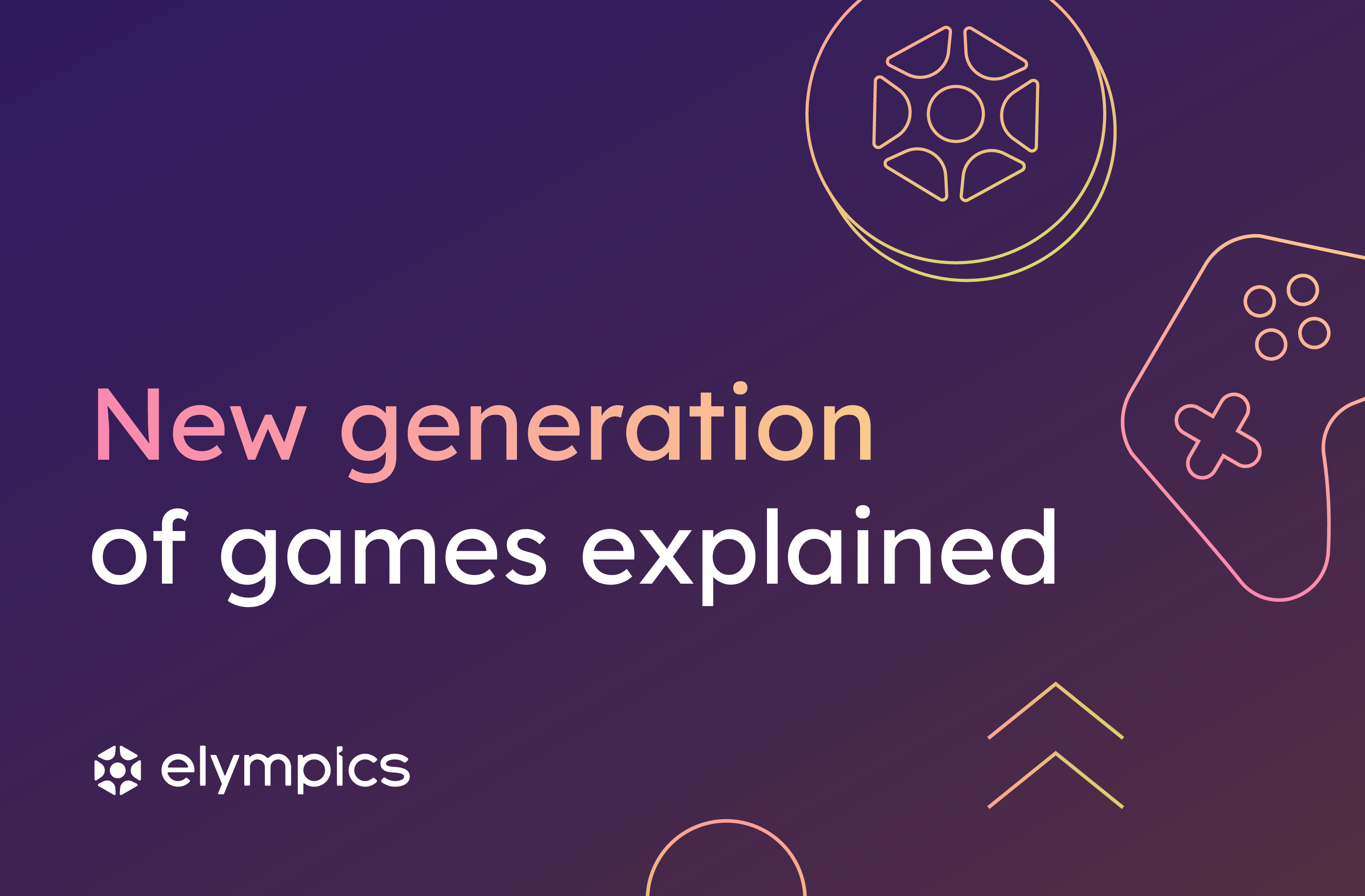 Everyone has already heard about blockchain. Not only in the context of Bitcoin as this technology has many more applications. 2021 was the year of DeFi (decentralized finance), i.e. apps that allow taking out loans, trading derivatives, opening deposits, etc. in crypto. Last year, users locked approx. USD 86M in such apps.

2022 brought us another trend: users turned towards blockchain games. Within a year, the web3 gaming market grew from USD 1.5M to USD 3.6M. Compared to traditional gaming that needed decades to develop its potential, it’s an almost 10x faster growth.

How do blockchain games attract players? Some users choose them because of their independence and decentralization as well as the opportunity to interact with new, exciting technologies. However, in most cases, there’s another deciding factor: earning opportunities.

The most popular category of blockchain gaming are play-to-earn games (often abbreviated to p2e) that allow players to monetize the playing itself. They don’t have to take part in tournaments or sell their accounts via secondary marketplaces. Play-to-earn games give them the opportunity to earn cryptocurrencies or NFTs by completing quests, defeating opponents or taking other typical actions within the game world. Later on, they can sell their crypto and NFTs for dollars via centralized exchanges such as Binance or Coinbase or even decentralized ones such as Uniswap.

In Europe and the US, play-to-earn games are an original form of entertainment with a bonus, but in developing countries, they can be a substitute for full-time work. The Philippines are a great example of that: in this country, skilled p2e players earn a living by playing Axie infinity. They do it individually or as a part of the so-called guilds that borrow NFTs necessary to enter the game and employ players that generate profit for them. That’s already quite a big market.

It all started in 2013 when Xaya launched Huntercoin, the very first blockchain game. Players collected coins (HUC) and resources using heroes called Hunters and fought against each other, just like in traditional RPG games. It was meant as an experiment, but it quickly became clear that players liked the idea of using blockchain in gaming.

After several years, another team decided to bet on blockchain games, which gave rise to the so-called second generation of p2e games. In November 2017, Axiom Zen launched CryptoKitties on Ethereum, the platform on which most teams build today’s p2e games. To enter CryptoKitties, players need to purchase NFTs that will be their virtual pets in the game. Later on, they can breed new ones themselves (technically speaking, mint new NFTs) just like in the real world.

The third generation of play-to-earn games started in 2018, and that’s where we are right now. Since then, creators have been exploring new blockchain application methods rather than focusing on traditional gameplay. The most popular p2e games from this era are Axie Infinity released in 2018 and The Sandbox from 2021. While Axie Inifinity gameplay is similar to the one of CryptoKitties (the game is about breeding Axies and putting them to a fight), The Sandbox presents new mechanics. It’s an open-world game without a linear story where players create, share, and monetize their assets and experiences. Sounds like Minecraft? It does, but it’s decentralized.

What are the best blockchain games according to players? Footprint Analytics research found that Alien Worlds, Upland, and The Sandbox enjoy the biggest popularity.

Although p2e games adoption is happening amazingly fast, blockchain gaming is still at an early stage when it comes to game quality. Why is it like that?

The idea of integrating blockchain with games and rewarding players with NFTs popularized only a year ago, and the IT market lacks developers that could both create good games and write code for blockchain apps. As our CEO Michal Dabrowski puts it:

These are two separate competences and although we’ve been exploring game development for years, blockchain is a young niche. Universities don’t teach blockchain development, so if one wants to master it, they need to do it on their own.

Today’s blockchain games are simple clickers that can’t compare to truly competitive and engaging titles. Play-to-earn games motivate players with money, not fun, and these earning opportunities are attractive enough to make new players come. Here's another comment from Michal:

Traditional games are much more refined than today’s p2e games. It doesn’t mean that blockchain doesn’t have gaming potential, though. This technology brings natural developments of the former monetization models such as free-to-play, and history shows that that’s the path players want to follow.

Data leaves no doubt: p2e games are another milestone in the development of the gaming industry. New ideas on acquiring users and monetizing games always came with revolutionary technologies, and so is the case of play-to-earn.

Gaming has come a long way since the first pong flippers. We’ve already seen several revolutions including console games that moved gaming to homes, PC games with developed worlds and mobile games with the free-to-play model. Their adoption took several years, and that’s why play-to-earn games are so special. Their traction significantly beats other game models.

How to make play-to-earn games as engaging as the top traditional productions? We can wait several years until developers learn to build blockchain games without sacrificing gameplay. However, such an organic process means learning from mistakes, and these might be costly, especially when affecting the security layer.

The second solution is to equip p2e games creators with proper tools that will allow them to build games without diving into technical details connected with blockchain development. That’s exactly what we did at Elympics. Our assumption is simple: if we do the majority of technical work for p2e games creators, they’ll have more time for gameplay and design. That’s what they’re good at and what they enjoy, so why pull them away from that?