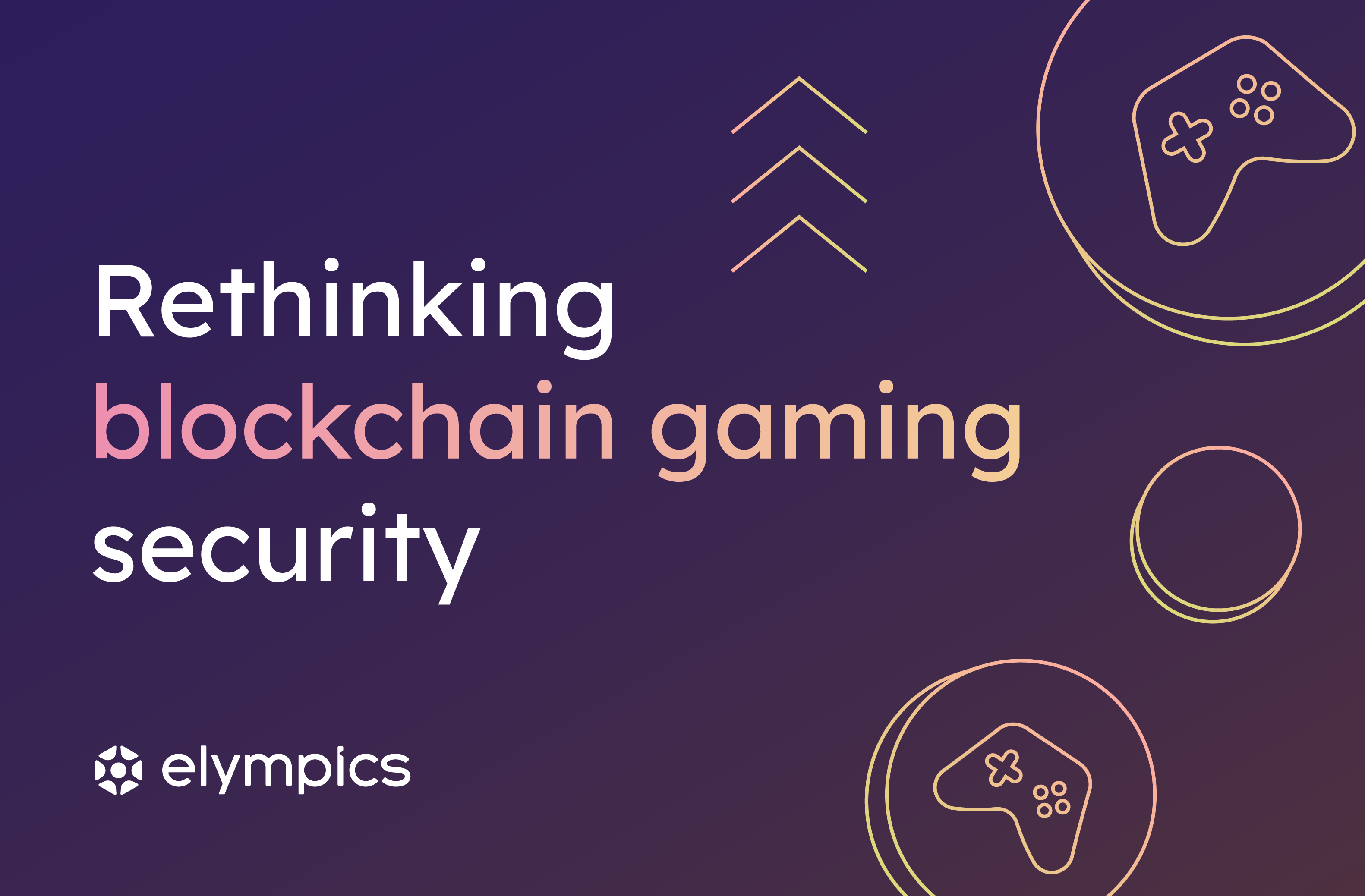 Gaming has grown from an exotic niche of the Web3 space into its building block. The community has ideas, and investors willingly pour money into promising initiatives. In Q3 only, they invested an astonishing sum of $1.3 billion in blockchain gaming and metaverse projects.

The space has tremendous potential, and we’re likely to see blockchain games going mainstream soon, especially in the hypercasual category. Unfortunately, blockchain gaming is constantly pushed back by fraud. Incidents like the Ronin Bridge hack harm its reputation and fuel the skepticism present in the media.

While some fraudsters take advantage of smart contract or bridge vulnerabilities, like the Lazarus Group behind the Ronin Bridge hack, others exploit gameplays by persuading the game server that they’re the winners of a lost match. We need to replenish both types of fraud, otherwise security will remain the bottleneck inhibiting mass blockchain games adoption.

To make it happen, developers and business people alike need to rethink the priorities of the game development process.

Thinking about security from day 1

A typical play-to-earn project starts with a high-level vision of the game. In whitepapers, creators focus mainly on tokenomics because monetization is what brings players in.

Why is it a problem? Because it pushes security to the back seat. Creators seem to forget that their ideas need to be implemented and simply ignore this layer at this stage. Typically, they start thinking about it only after selling the game vision to the audience. In consequence, they begin developing the game to find out that their ideas generate security challenges and adjust security measures to the vision later on.

It should work the other way around. When web3 creators keep security in mind from the first day, their ideas are easier to implement. Also, they don’t feel the pressure to deliver unrealistic features promised in packed roadmaps. And we all know how communities react when roadmap features are delayed.

Web3 games creators typically come from the blockchain community. They’re not game developers nor security experts. Their biggest assets are the ideas they have: they know what the community wants and how to wrap it up in an attractive value proposition.

As dApps become more and more sophisticated, especially in DeFi, users’ expectations rise. To fulfill them, game creators come up with increasingly complex ideas. To make sure that they’re capable of converting them into secure products, they should always consult them before announcing the project. Reaching out to blockchain security experts at the beginning of their journey may save them dozens of hours later on.

Also, it’s always worth auditing the smart contract. Finding a competent auditor takes time, but it pays off in the long term. Apart from the obvious value of fixing one’s code, it gives the project extra credibility that’s crucial from the marketing perspective.

Making the best of existing solutions

In web2, developers use ready-made game engines like Unity or Godot to save time on repetitive, reusable elements that don’t need to be engineered specifically for a given game. The complex code that does the heavy lifting is already there, so they can focus on designing unforgettable gameplay. Most AAA titles are developed this way.

In web3, it can work the same way. There’s a bunch of elements that developers can re-use, also with regards to security. Actually, as most of them don’t have strong blockchain security competences, that’s what they should be doing.

Apart from security, ready-made engines help developers with all the necessary but not fun issues such as blockchain integration, wallet authentication, compliance or matchmaking. They’re reusable across all blockchain games, so why reinvent the wheel?

To prevent another Axie Infinity story, blockchain games creators need to give security a higher priority and stop relying on their own competences. Apart from replenishing fraud, it’ll help them create more engaging gameplays, which is key to the further development of the space.

If we take the heavy lifting from game developers and give them more time to excel, web3 gaming will flourish and blockchain titles will finally enter the mainstream. Before that, let’s give security higher priority.